Kelly Rohrbach is the roaring hot diva everyone is talking about these days. Her role as CJ Parker in the latest Baywatch movie is getting appreciation from all over the world. She is wearing the red and sexy baywatch swimsuit all through the movie. To sport that swimsuit, it takes a perfect body. Maintaining such a fit body is not an easy task. Rohrbach has worked very hard to lose fat and build muscle to look flawless in the movie. You must be wondering how does she stay so fit? Well, we are going to share Kelly Rohrbach weight loss and fitness tips in this post. Keep reading below to know more! 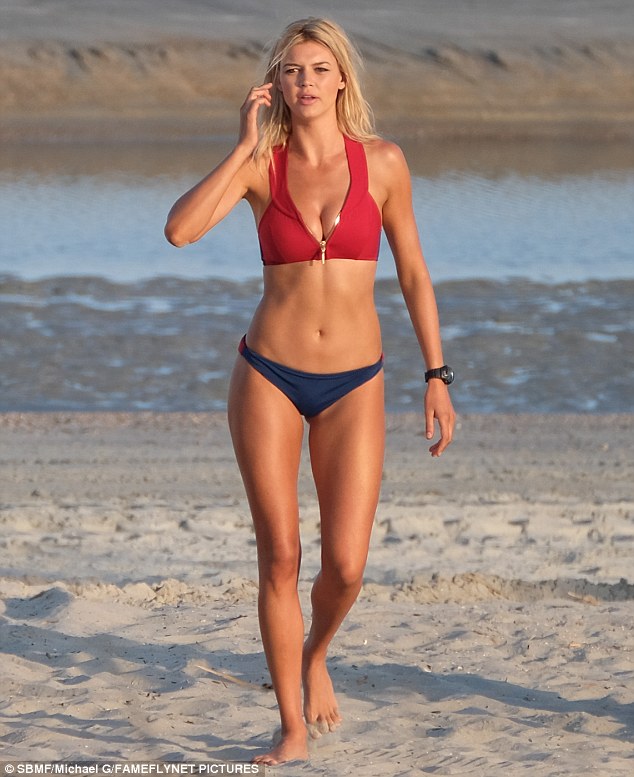 Kelly Rohrbach was born in New York in January 1990. Her mother is Anne and her father is Clay Rohrbach, who is a financier. She was raised in Greenwich, Connecticut. She was an athletic girl from childhood. She used to play golf for Greenwich thus she got an athletic scholarship to Georgetown University. She took keen interest in athletics along with theatre at the University. She graduated in 2012 from the Greenwhich University with a degree in theatre. After that, she joined the London Academy of Music and Dramatic act to pursue acting further. Thus, she owns formal degrees and training in acting.

Kelly Rohrbach received many small roles in TV shows, some of which include Two and a Half Men, Broad City, Rush and The New Normal. Soon after her stint with television, she began modelling. She gained quite a lot of fame through modelling. She was featured in a Gap Inc. advertisement. After that, she also appeared in a campaign for Old Navy denim in the year 2015. She was also featured in the Sports Illustrated Swimsuit issue in 2015. However she has gained worldwide popularity with her role in the Baywatch movie in the year 2017. In the movie, she is spotted rocking the Baywatch red swimsuit. She is looking like a diva in the movie with her perfect body shape. Everyone knows how difficult it is to maintain a swimsuit body.

Talking all things #Baywatch in this months @cosmopolitan #FeelingNakedInABikini #WheresMyOnePiece !?!

It must be surprising to know at first, but the fact is that Kelly Rohrbach did not diet for the movie! Yes, she did not go on a crash diet. Instead, she ate a lot of protein rich foods. She did not have to starve herself for achieving this sexy body. In fact, she was instructed by her trainers to consume food items that are protein rich and will help her build muscle. Her day usually started with eating fish! However, the list of food items that she CANNOT eat was too long. She has continued to keep her diet healthy even after the movie. She doesn’t consume sugary foods, especially aerated drinks. She also keeps count of the amount of carbohydrates that she is consuming. Fibres and green vegetables also comprise a majority of her diet.

Rohrbach jokes that she had to literally spend all the time in the Gym. She told Fox News that she and her colleagues Dwayne Johnson & Zac Efron had to hit the gym ever too often to make their bodies look more swimsuit ready than ever. In fact, she says that in spite of having such a fit body, it took so many fittings to look perfect in that swimsuit. She told Fox News “It was re-tailored like 10 times to make my legs look as long as they can and my bum look as good as possible, but I am really happy with the end result.”

In this video interview with Eonline, she shares her workout routine and how much she had to struggle to look sexy in that swimsuit.

It is evident that it took loads of effort and exercise to achieve the hot body that she sported in the movie. A lot of cardio, weight training and several active workout routines like kick boxing were followed by Kelly. After all, it is not everyone’s piece of cake to be a Baywatch girl!

We shared some of Kelly Rohrbach’s weight loss tips and workout routine. It is not easy to get a body like her, however, if you have the determination and will to look sexy like her, nobody can stop you. To start with, you will have to take small steps towards maintaining a healthy diet and then hit the gym as often as you can.